Let's talk
Let's talk
back to all
scroll
up
share 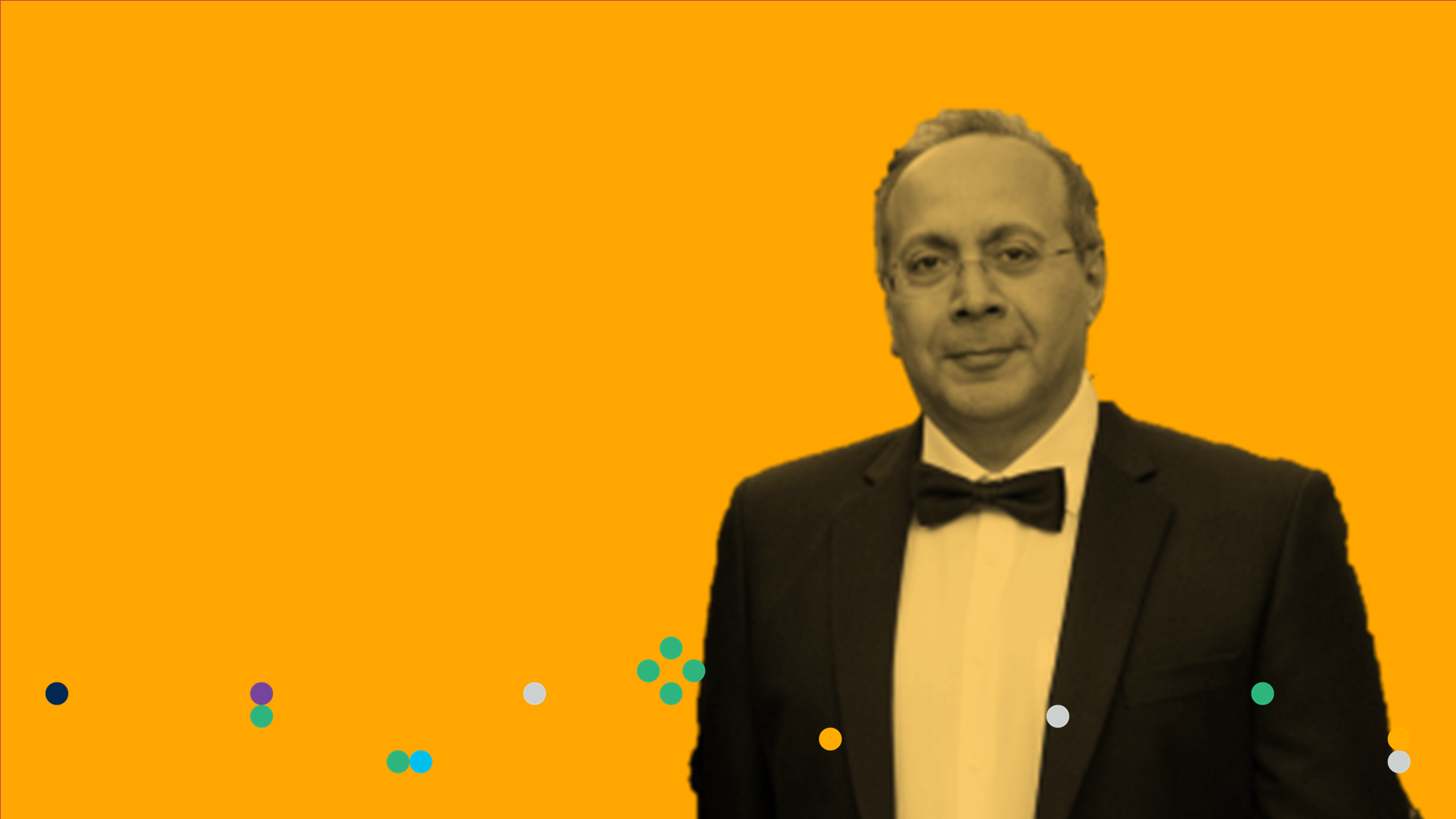 Donald Mucci is Auxilion’s Modern Workplace Practice Lead. He has worked for Auxilion in various roles since moving to Ireland from Italy in 2013. He told us about his journey with the company so far, his experiences with remote working, and his plans for the future.

How has Donald’s journey with Auxilion progressed so far?

“I joined Auxilion in October 2013 and began working in Park West, Dublin. That was my first experience in Ireland because I’m Italian and for the fifteen years before I had always worked in Italy. I worked for various companies in Rome and in Milan.

“A friend of mine who was already working at Auxilion told me about an opportunity and pushed me to make the move. Auxilion is the first and only Irish company I’ve worked for. In Italy, I was essentially a Microsoft Consultant, working as a software developer on Microsoft technologies with a specialisation in SharePoint. I worked for both larger and smaller companies. I also worked for Microsoft Italy and for Computer Science Corporation.”

Time for a Change

“At a certain point I decided I was ready for a move, and my friend told me about an opportunity with Auxilion at a good time for me. So I decided to move to Ireland. When I joined, I worked first with the Research & Development department with three other people. In that department, I primarily worked with SharePoint. I worked in Ireland from 2013 to 2015. Then in 2015, I left Ireland for family reasons. We moved to Malta, but I continued working with Auxilion in the same role but as a contractor. That continued until 2020, right before the pandemic began.”

As it did for most of us, the pandemic had a significant impact on Donald’s working situation.

“At the time the pandemic began, the R&D department was called Business Solutions, under the remit of our CTO, Donal Sullivan. He was looking for a team lead for Office 365, so I got the opportunity to move into that role. That was a really interesting new challenge for me. Then in January of this year, I took over as Practice Lead for what we now call the Modern Workplace division.

What does Donald’s new role involve?

“My role now is partly technical and partly managerial. The technology is more about Microsoft 365, Power Platform, Microsoft Viva, AI and programming languages such as C# and JavaScript. I’m heading a team of five at the moment, but we’re hoping to grow that to at least ten by the end of the year. We’re a team of skilled senior consultants, all working remotely. We have people working from Ireland, the UK, and Spain. We’re working as the prototype of the fully distributed remote team! The first time we all met in person was at the recent 25th event in Dublin in April" (where the photo at the top of this article was taken!).

Donald’s role has evolved alongside the technologies he works with.

“I worked in the area of Microsoft SharePoint development and adoption. When Microsoft started to push the Cloud, we organised ourselves working only on Office 365. Then my role started to change a little bit, with a little less development work and more management. That’s where I am now.”

After working in Italy for his entire career, what were the biggest challenges that Donald faced after moving to Ireland?

“The biggest challenge of the change by a long way was my level of English. I moved to Ireland when I was around forty years old. I moved here alone, at a time when I was not so young! The first few months were very difficult in terms of that transition. But my English ultimately improved quite quickly to the point where I was comfortable. The technology wasn’t so much of a problem. They are technologies that I love, that I’ve worked with for twenty years and have seen develop. I’m very comfortable with them.”

What kind of cultural differences has Donald found between Italian and Irish workplaces?

“The way we work is different in some ways. I would say that Ireland is more meritocratic. If you are skilled, if you show your value, you can progress your career at a company like Auxilion. In Irish companies in general I think, and in Auxilion in particular, the mentalities are a little different than in other countries I’m familiar with, in terms of the ways we communicate and things like this. Even in the way we speak- we Italians are always moving our hands as you know! But I’d have to say people in Ireland, 99% of the time at least, have always been very friendly and polite with me. I have nothing to complain about.”

How has Donald found remote working over the last few years?

“At first, there were some challenges. Sometimes maybe it would be much easier to all get together in a room and work the old-fashioned way. But we’ve found our ways to collaborate as effectively as before. Since before the pandemic started, things have really moved forward a lot. Before Covid, when we would have calls on Skype or Teams, we might not even turn on the video. That’s changed since the pandemic started. We understand now how to work together remotely.”

“From the point of view of my team, we were already in a remote setup. We knew each other in the office, and then we started to work remotely, from Malta, Spain, wherever. But we knew each other already. Then, when the pandemic began, we started to hire people who we only worked with remotely, so we saw them only through video. And as I say, our first chance to all meet together was only a few weeks ago!”

“I also had the challenge of working from home here alone, for all of 2020 and 2021. Although I had the experience of working remotely, I hadn’t usually been alone before. I have to say that Auxilion has embraced remote work from the very beginning and has supported employees with it. I have never had a problem, and I know that Auxilion’s employees have all been trusted when working from home. It’s never been an issue.”

“Even now that we can go back into the office, I’m not required to so often. Sometimes we meet in person but usually we can do everything remotely. Auxilion has no issues with this, in fact we’ve been really supported. In the end, I think it’s a matter of trusting the employee, and we’ve always had that. Auxilion has also had a head start in a way as we specialise in Modern Workplace and in hybrid working technologies.”

How does Donald see his future progressing with Auxilion?

“In general, as a person, I try not to look forward too far. I know that if you expect to be in a certain position a few years in the future, you’ll probably end up surprised! I don’t see myself in any one particular place or role in, say, five years. What I can say is that Auxilion has always supported individual ambition and professional development. Maybe I can work in other departments, who knows, we will see. I’m not too concerned about it. I have plenty of confidence that I can keep developing and growing here. For this year, my goal is to grow the Auxilion Modern Workplace in terms of people, competencies and profitability. Philip [Maguire, CEO of Auxilion] has made a huge investment in the team and I’m trying to make my contribution to that. We’ll see how this goes and then focus on next year.” 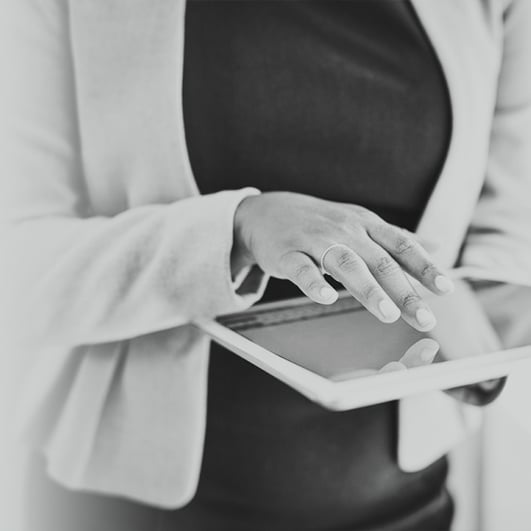 Securing your IT environment for the future 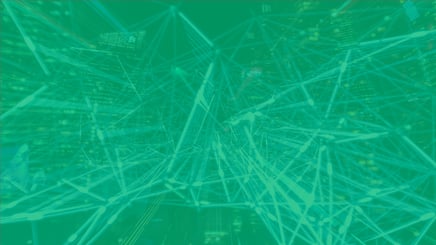